There are no products matching the selection. 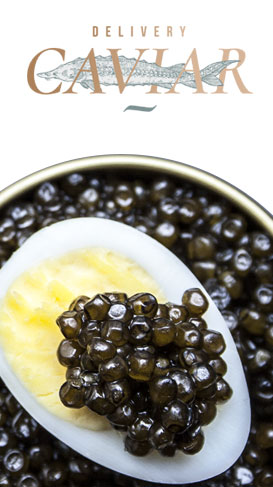 What is magnet fishing? 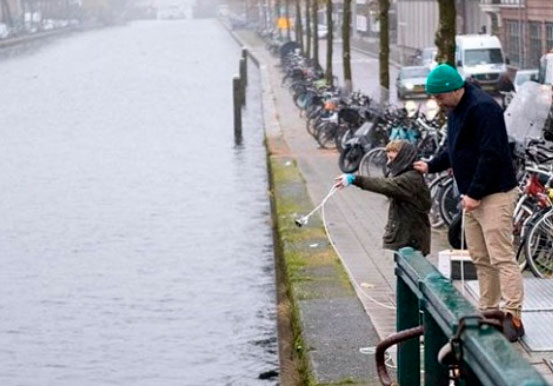 What is the main purpose of a magnetic link?

Having fun! You never know what you will come across again. In addition to the excitement of fishing, several hobbies are combined here. One of them is collecting. It can be anything. Cases, old coins, tools, antiques or some interesting trophies. Each such fisherman will definitely have something of his own. In addition to having a pleasant pastime and collecting, many people start their own blog or channel where they share their experiences, findings and advice.

Can you catch gold and silver on a fishing magnet?

In its pure form, of course not, these are not magnetic metals, but they can be caught by a magnet for fishing as an accompanying metal to iron. So is any other non-ferrous metal with iron. 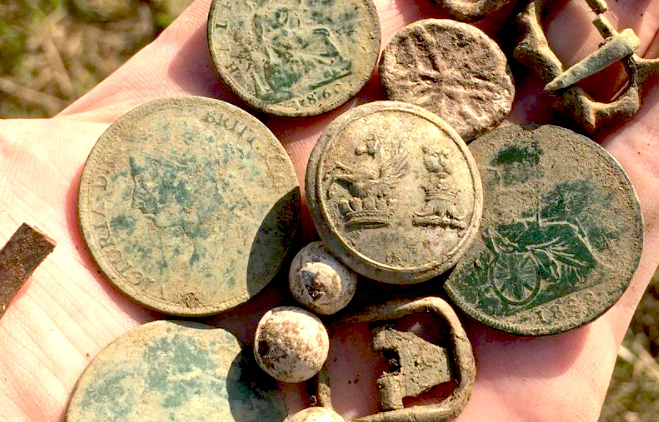 Where and how to throw the search magnet? 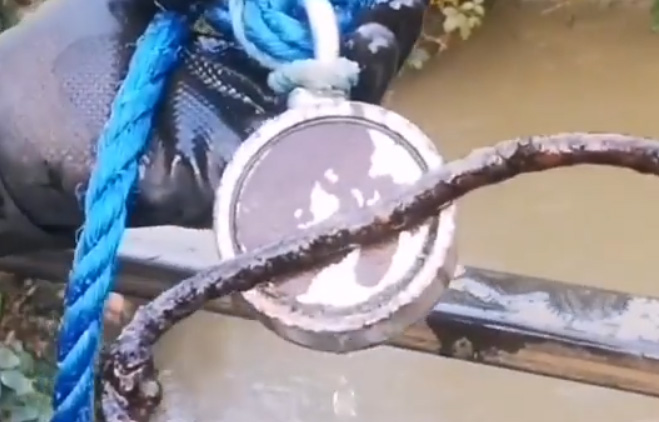 The standard single sided search magnet is a neodymium ring in a steel case. The body has a threaded hole for an eyebolt. It allows you to easily detach even a very powerful magnet from metal. A rope is tied to the eye of the eye bolt.

The double-sided search magnet has two neodymium rings glued into the ends of a steel cylinder. Therefore, its working surface is twice as large as that of a one-sided one. Double-sided search magnets have two eye-bolts: the central one is used to detach from the find, and a rope is tied to the side one and dragged along the bottom of the reservoir when trawling from a boat.

The most valuable finds are covered with a layer of silt and rust. This reduces the adhesive force of the magnet. If you want to lift something large, choose a powerful magnet.

Advantages of a one-sided search magnet:

Advantages of a double-sided search magnet: 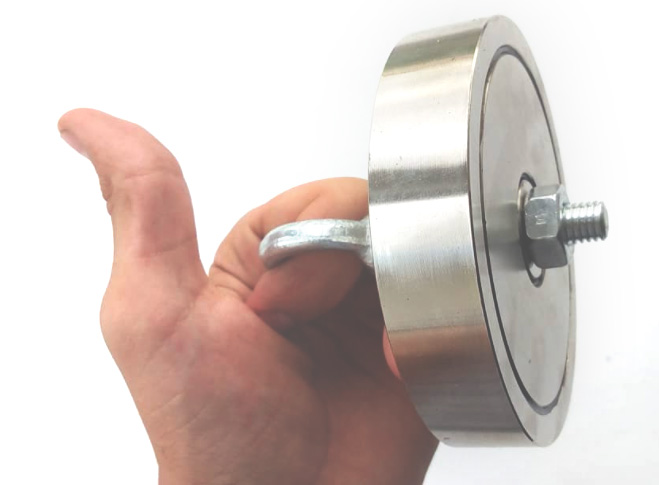 Neodymium magnets are the strongest type of permanent magnets (which means they create their own magnetic field without electric current). You don't want a neodymium magnet to corrode and lose its strength, do you? Look for a Copper-Nickel plated magnet. Copper and nickel plating provides corrosion protection and keeps the magnet from losing magnetic force.

How to choose the weight of the search magnet?

One of the most common search magnets by weight up to about 4 kg. Most often, when buying, they pay attention to the force of attraction, the minimum of which should be equal to 100 kg. With such a magnet, you can lift various small objects. It is important that if the force of attraction is 100 kg, then in real working conditions, he can lift an object less than 10 kg. The fact is that objects in water, especially those that have lain for a long time, are overgrown with silt, algae, etc., which greatly affects the adhesion.

When choosing a search magnet, you need to understand what items you would like to reach. According to the reviews of the owners of magnets, it is better to take a closer look at the options with a characteristic - up to 300kg. These search engines find interesting small items without sticking to large, useless things.

What should be considered when preparing for magnetic fishing? 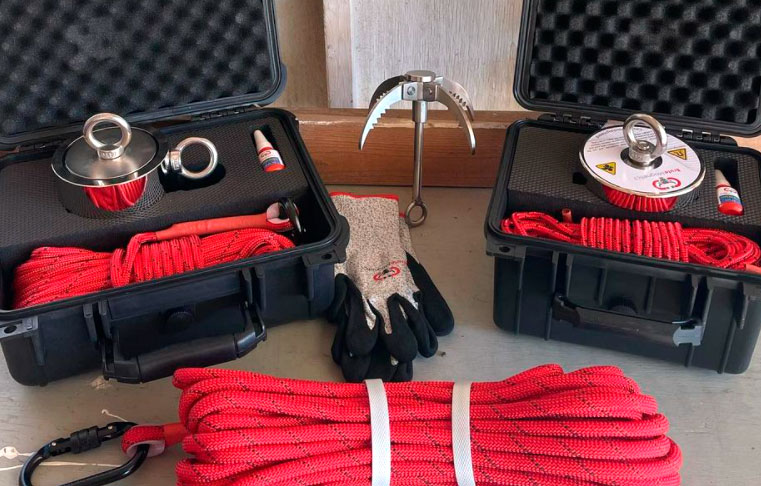 Do I need a magnetic fishing license? So what is the difference between magnetic fishing? Is there a law prohibiting fishing with magnets in any state in the United States?

Magnetic fishing is legal in all states of the United States except North Carolina.

Currently magnet fishing is legal in 49 US states, South Carolina has banned magnet fishing. Please check for any local bylaws before you go magnet fishing in the US and make sure that you seek the landowners permission before entering their property.

In France, "magnetic fishing" is prohibited without special permission. This ban was introduced after a magnet catcher pulled out an unexploded shell with mustard gas, which detonated - the "fisherman" was burned and blinded.

There is a ban in the UK that applies to certain rivers and canals, but the fine for violation is only £ 25 (€ 27), so it doesn't stop enthusiasts. 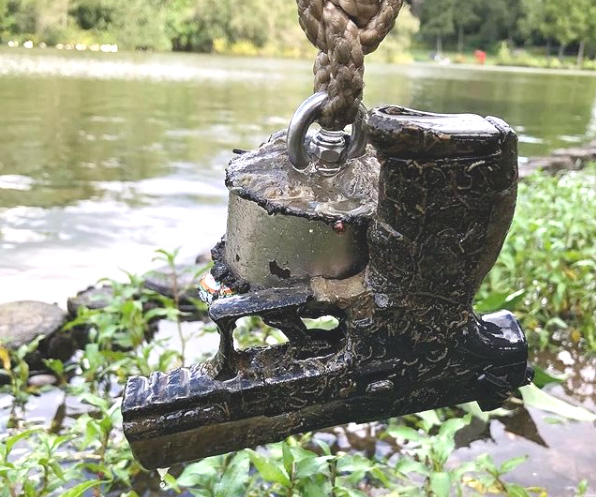 Magnet fishing began a few years ago, but in recent months, reports of dangerous finds using magnets have been on the rise. The British Guardian called the hobby "one of the most dangerous entertainment in the country" in the fall of 2018.

Fans of "magnetic fishing" find at the bottom of water bodies not only harmless rusty bicycles and car tires, but also, for example, ammunition from the Second World War.

In the United States, in addition to the usual garbage, people began to catch ammunition. For example, in late July in Pittsburgh, teenagers caught an artillery shell, presumably from the late 1950s. At the same time, a resident of Boston fished an Uzi machine gun, Glock and Colt pistols, as well as an unidentified semi-automatic weapon in a pond near the house. 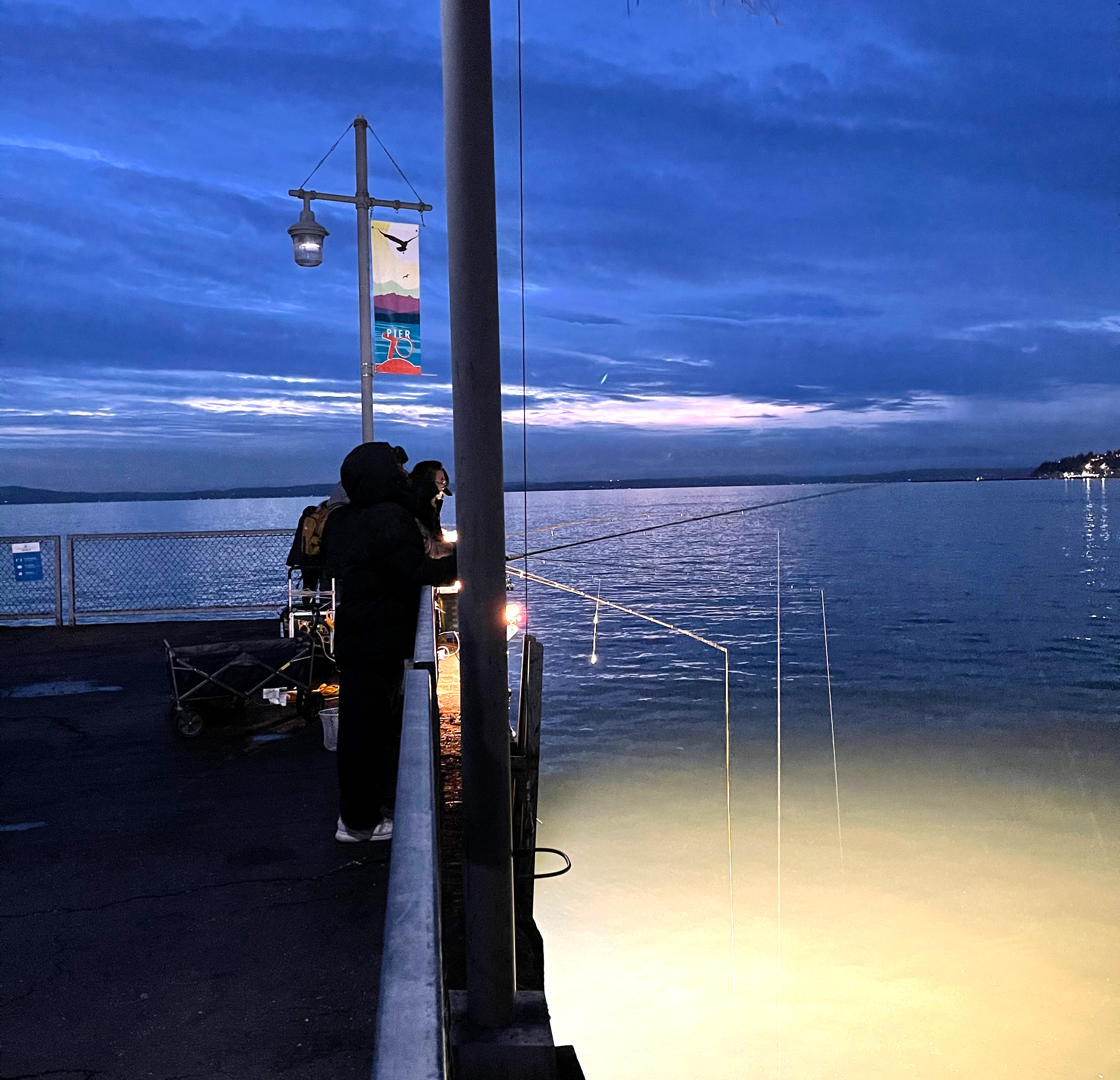 Write Your Own Review

Use spaces to separate tags. Use single quotes (') for phrases.

Write Your Own Review

Education on how to get products in the site.

Red caviar without preservatives consists only of caviar and salt. The shelf life of such a product is rather short, so it is not available to everyone. ... A prerequisite for proper storage of red caviar is tightness and cold. If these conditions are met, then the container can be any (tin, glass, plastic), which excludes the penetration of air into the packaged product.

Availability: Out of stock

There are no products matching the selection.